Ensurepass
Here you will find answers to Wireless Fundamentals – Part 2

How are omni antennas in a wireless network most commonly polarized?

Omni antennas send a signal of the same strength in all directions. Antennae in wireless networks are often vertically polarized, which makes the electric field vertical.

Note: A VERTICALLY POLARIZED antenna transmits an electromagnetic wave with the E field perpendicular to the Earth’s surface.

A HORIZONTALLY POLARIZED antenna transmits a radio wave with the E field parallel to the Earth’s surface. 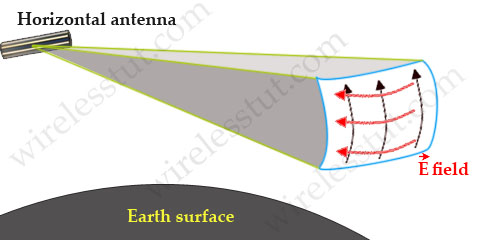 -> We also notice that the E field is in the same direction with the antenna.

Which governing body analyzes the applications and environments in which wireless networks are used?

What does the current European Telecommunications Standards Institute rule state is the 2.4-GHz maximum transmitter output power for point-to-point installations?

Currently ETSI stipulates a maximum of 20 dBm EIRP on point-to-multipoint and point-to-point installations; it also stipulates 17 dBm maximum transmitter power with 3 dBi in gain attributed to antenna and cable combination.

The fundamental characteristics of an antenna are its gain and half power beamwidth.

Some antennas are highly directional; that is, more energy is propagated in certain directions than in others. The ratio between the amount of energy propagated in these directions compared to the energy that would be propagated if the antenna were not directional (Isotropic Radiation) is known as its gain.

(An isotropic radiator will distribute its power equally in all directions)

Beamwidth is another of the important criteria since it specifies boundaries within the antenna radiation pattern, which are considered to be the limit of useful radiation (or reception).

Bluetooth RF characteristics can be best described as which of the following?

When would rate shifting down by a client occur?

802.11a operates in the 5-GHz frequency range and is based on Orthogonal Frequency Division Multiplexing (OFDM). Like 802.11a, 802.11g uses OFDM for transmitting data. OFDM is a more efficient means of transmission than Direct Sequence Spread Spectrum (DSSS) transmission, which is used by 802.11b.

Why are wireless analog video signals that are operating in the 2.4-GHz band particularly harmful to Wi-Fi service?

Which two statements are true about WiMAX technology? (Choose two)

A. WiMAX is defined by 802.11i.
B. Typically, fixed WiMAX networks have a higher gain direction antenna installed near the client.
C. WiMAX is capable of working as a long-range system over several miles.
D. WiMAX works only for licensed frequencies.

Fixed WiMAX networks typically have a higher-gain directional antenna installed near the client (customer) which results in greatly increased range and throughput. Using 802.11 with high-gain antenna can bridge last-mile gaps, but they require more power.

WiMAX operates on both licensed and non-licensed frequencies, providing a regulated environment and viable economic model for wireless carriers. In particular, WiMax operates on the 10- to 66-GHz frequency band, so it doesn’t interfere with 802.11 LANs.